After learning about SCG from several of my professors in the Public Affairs Program, I began my work with the program as an intern in Spring 2015. SCG presented itself to me as a way to get more involved in the Syracuse community while simultaneously expanding my own skills in activist research and GIS and data analysis. I am particularly interested in social, economic, and environmental justice issues and studying the way that grassroots movements empower and improve the quality of life in historically marginalized communities.

Working with SCG in Spring 2015, I had the opportunity to research the use of GIS and other geospatial technologies in Emergency Disaster Management. My research was focused on the recent Ebola outbreak in West Africa and the influence of open-source mapping platforms on fighting the outbreak. In addition, I worked with Syracuse Cooperative Federal Credit Union in the Community Geography class, GEO 485. My group and I examined the spatial flow of the credit union’s resources, predatory lending agencies, and the effects of historical redlining on the city. Over the summer and into the Fall of 2015, I conducted research on water main breaks and the prioritization of critical infrastructure in the City of Syracuse for the recently formed i-team. 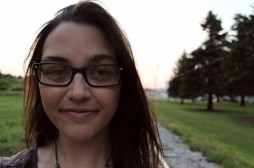