I joined Syracuse Community Geography during the spring of my senior year at SU as an intern through my Public Affairs (PAF) Government/Not-for-Profit Internship class. I desired an internship that would both allow me to enhance my developing GIS skills as well as provide me the opportunity to closely interact with Syracusans in various community-based projects. As an intern I contributed to several GIS-based projects including the creation of the Onondaga County Equity Atlas (a project that visually mapped several critical factors contributing to levels of social and economic inequality in Syracuse and the greater Central New York region), and task of updating and improving the Morningside Cultural Trail in the University neighborhood.

Working at Syracuse Community Geography has further strengthened my desire to pursue a career that uses GIS to better understand the many problems of today’s urban areas and it is my intention to someday attend graduate school and receive my masters in urban and regional planning.
Over the past several months I have been working in the Washington D.C./Baltimore region working as a GIS Data Technician for Central Maryland Regional Transit (CMRT). CMRT is a non-profit organization that focuses on ensuring transportation access for all in the State of Maryland specifically through two grant-funded programs: the TRIP Mobility Management program and the Travel Training program.
As a part of the Veterans Transportation and Community Living Initiative (VTCLI) grant, I work specifically with a team of data techs that are in the process of completely uploading all public transit options in the State of Maryland onto Google Maps via General Transit Feed Specification (GTFS) – a common format for public transportation schedules and associated geographic information. It is the hope that by completely updating transit options online and making them available to the general public, economic opportunity for low income and other disadvantaged populations will increase.
After working on such projects as the Morningside Cultural Trail, SCG has helped me understand the importance of community outreach. After several months of working at CMRT I have met with various veterans community special interest groups, representatives from transit agencies from around the state, and several local community members. Their knowledge and feedback has been critical in process of fulfilling the requirements of the VTCLI grant. 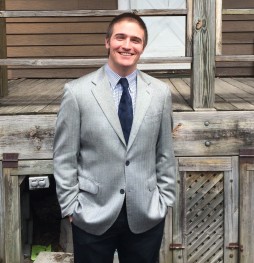