With interests in urban and environmental planning, I was drawn to Syracuse Community Geography (SCG) when SCG was discussed in GEO 500 (Urban and Regional Planning). Since geospatial analysis can generate new insight and perspectives into complex issues, I thought that SCG was an ideal fusion of academic Geography with critical issues in Central New York communities.

During my time at SCG, one of the largest projects on which I was able to collaborate examined energy usage and cost in low- and moderate- income households across New York State. As the energy landscape of New York transitions to new forms of energy (such as renewables), we sought to know whether or not this transition is benefiting those people who have difficulty paying for energy, for having affordable access to energy essentially is a necessity in the modern world. Community-Based Organizations that were already engaged in the implementation of programs that aim to reduce the burden of energy costs through home energy efficiency retrofits, renewable technologies, etc. sought to ensure their programs were meeting the needs of the community, enabling a “just transition” to renewable energy in New York State. Additionally, I worked to map the Morningside Cultural Trail, as well as provided an updated comprehensive neighborhood profile for Northeast Hawley Development Association.

Post graduation, I now live in Utica and work as a GIS Analyst for Mohawk Valley GIS. Since the company is so small (just four employees including the owner) I feel that I can already have an impact on the organization. The projects we work on are quite varied, but some of which are at least somewhat related to Community Geography! Much of the work here is in web mapping and map-based app development. In one project we were hired by the State to develop an online map to guide participants of the NYS Literacy Zones to resources in their community (such as job readiness/training sites and programs, adult education for English language learners, etc.). In this project I received all of the raw data from the Literacy Zone agencies and compiled formatted the data such that the web developer could add them into the site. In another project, I created and designed paper maps for an emergency management proposal another local company was submitting to Herkimer County pertaining to Fire Department coverage boundaries. And many other projects already. Even though I’ve only worked here a few months, I’m already working on some really great stuff – I feel very fortunate. My time at Community Geography was instrumental in not only helping me get hired in this job but also in the day-to-day. I also feel I can contribute in a number of different way aside from just GIS, such as my utilizing my writing skills to edit and review reports, proposals, etc. 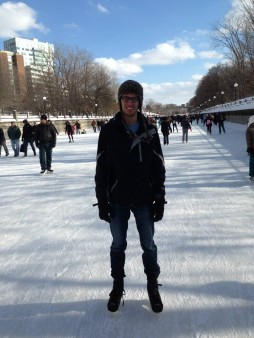